So I spoke with Author Dormaine G. on the release of the first book from her Connor series, Connor.

1) Was writing always your dream?  Initially writing was not my dream because I didn’t think it was in me but the older I became the more it became one. 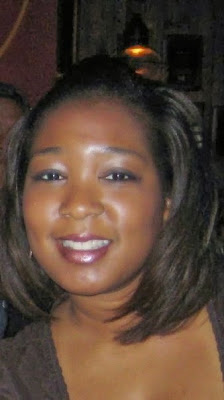 2) What's a typical working day like for you? When and where do you write? Do you set a daily writing goal?  I try to work out before sitting down to write in order to clear my head. I like working later in the evening being that I am a night owl.  I work at the kitchen table and usually have a science fiction movie on as I write. I don’t always set a daily writing goal but try to get as much as possible done at least five days a week.

3) Can you tell us where you got the idea for your book, Connor?  Are there any plans for any sequels or other related books?   The idea of a teenage female having powers concept came from  childhood but the storyline, as a whole, came to me as I sat down to write it. I had no idea where I was taking the story or which direction only that she was going to be sarcastic, it needed to be science fiction and it felt right. There is most definitely going to be a series of books involving Connor.

4) So, about your book, are there any spoilers that you can give us from Connor?   I don’t want to give away too much but I will tell you it’s not a picture book ending and there is a love triangle.

5) Do you ever see yourself as one particular character in your novels?  If so, which one?  No, I don’t see myself as one of the characters but I can relate to Connor since she can be sarcastic at times.

6) If you were writing a book about your life, what would the title be?  It would be called, ‘Why I Refuse to Grow Up’

7) What was the greatest thing you learned at school in regards to writing?  My English teachers liked my stories and told me I should write more.  Their encouragement was lasting.

8) What was the greatest thing you learned that helped you write the life-story of your characters?  Always be true to yourself instead of pleasing others or you will never be happy in life.  While writing, I relied on what felt right to me while developing the storyline and the characters.

9) Alrighty now, just to wrap it up.  This is the trademark question (we're not just being overly nosy) - what's your favorite bedtime drink? Cocoa, soda, wine?  Inquiring minds  want to know, please.  (Don't worry, you can answer 'water,' if you don't want to say (lol).  My favorite bedtime drink is either a cup of green tea with lemon and stevia or red wine preferably Point Noir.

Thanks, Dormaine, for stopping by the blog!